Volunteer of the Month! 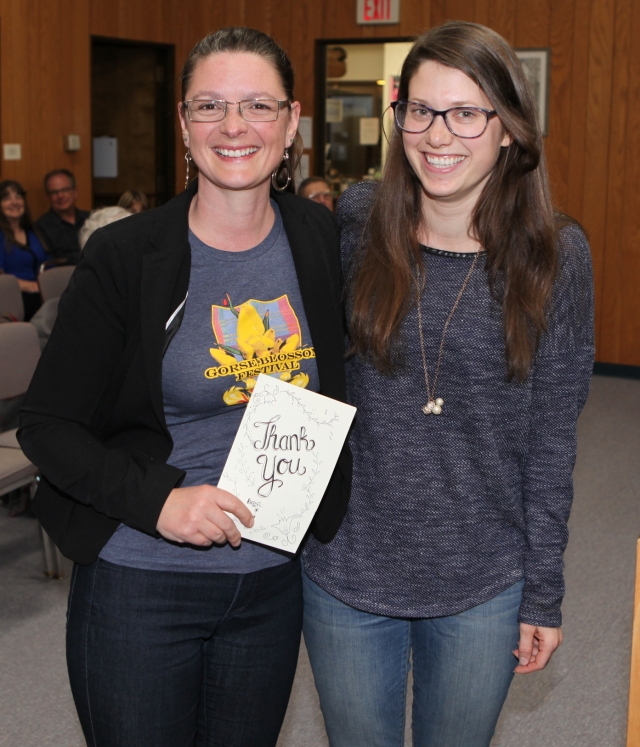 The Greater Bandon Association has named the April recipient of its Volunteer of the Month award. Rushel Reed becomes the sixth winner of the second year of this award created in 2016. Rushel was presented with the award in the form of a thank you card and gift certificate from The Rolling Pin Bake & Brew at the April 10th City Council meeting.

Rushel moved to Bandon in 2002 and became actively involved in our community shortly thereafter. She is a huge asset to both the Chamber of Commerce as a Board Director and the Greater Bandon Association as our Vice President and Promotion Committee chair. Rushel was also the mastermind behind this year’s successful Gorse Blossom Festival and has always been the one calling the shots for the Cranberry Festival Parade. If that wasn’t enough, Rushel has also been actively involved in the Good Earth Community Garden program, the PTA at the school, youth sports and most recently a student art show.

We are so lucky to have such a rockstar in our community and we are honored to have her as a board member. Thanks, Rushel, for your big heart and for all the work you do to make our community fun, funky, and fresh!

The Greater Bandon Association will be honoring one of Bandon’s many volunteers that are making a difference in the community each month. Nominations for the April award should be e-mailed to dana@greaterbandon.org or mailed to P.O. Box 161 by close of business on April, 21st.